This post describes what I had to do in order to have the latest and greatest Ruby on Rails up and running on my machine. At this point, that is version 3.0.1.

I consulted a few guides to make things work, most notably this very good article, but not everything worked as expected on my machine. The biggest reason was that I have a 64 bit system.

I don’t quite remember if and when I had installed something of the above by myself in the past. MySQL looks like something I might have done myself, because it’s in /usr/local.

I downloaded the source from Ruby’s website and installed it with the usual configure make and make install:

The above will compile Ruby for 64 bits and it will install it under /usr/local/. The magic is happening at the with-arch flag that specifies 64 bits. If we skip this, it will build the 32 bit version, which will not be able to talk to the 64 bit MySQL for example. I tried to have everything at 64 bits to avoid such surprises.

Usually, /usr/bin will have priority over the /usr/local/bin. If you already have an older version of Ruby installed as I had, you will need to adjust the environment path so that /usr/local/bin will be checked first.

The easiest way to do it is to edit your ~/.profile file and include the following line:

This way the new binaries will have priority over the old ones. If the path has been adjusted correctly you will get:

If you still get the following defaults:

then you’ll need to figure out what’s wrong with your path.

The above steps have installed Ruby but we also get gem for free. So all we need to do in order to have rails is:

This will install various other gems that Rails needs, but it will not install support for SQLite or MySQL. This needs to be done separately. Rails however should be installed at this point.

The default database adapter is no longer MySQL but SQLite. And Leopard’s version is not supported. Leopard comes with version 3.4.0 but when I tried to install the SQLite gem I was asked to upgrade to 3.6.0 or newer. The latest stable is 3.7.3 so I took that from SQLite’s website and installed it.

Notice that here we don’t have a with-arch flag so we have to pass the architecture in a different way. As with Ruby, SQLite will be installed under /usr/local.

After SQLite3 is installed, building the gem is easy:

At this point rails should work together with SQLite. Time for some rails magic!

The following screen shows the system information. Notice that Rails version is 3.0.1 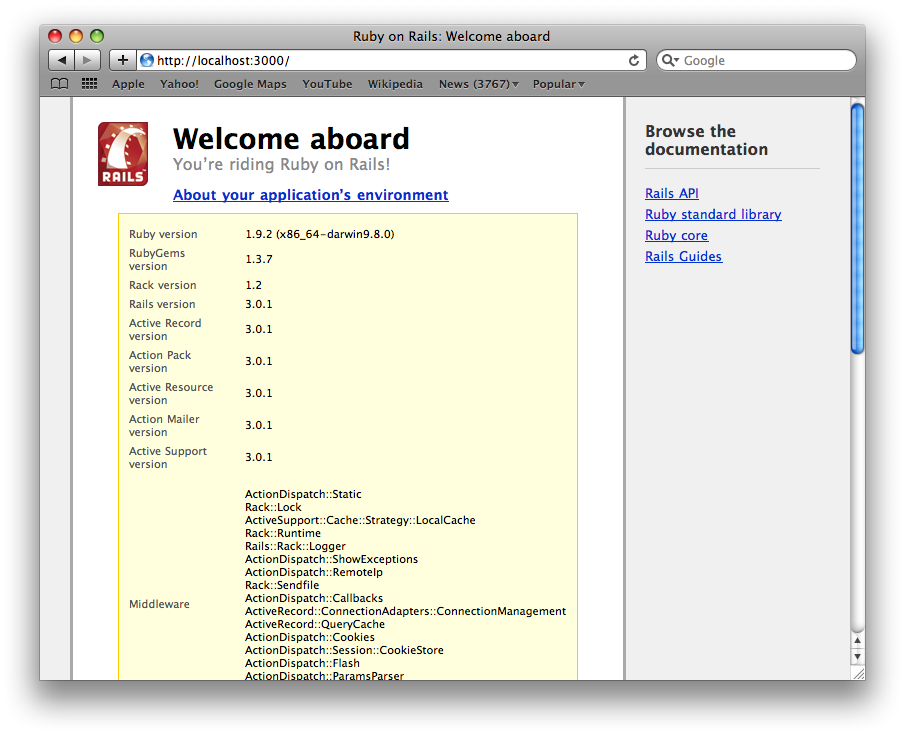 With the scaffold magic, we get at /posts an entire CRUD interface for Posts containing a title and a description: 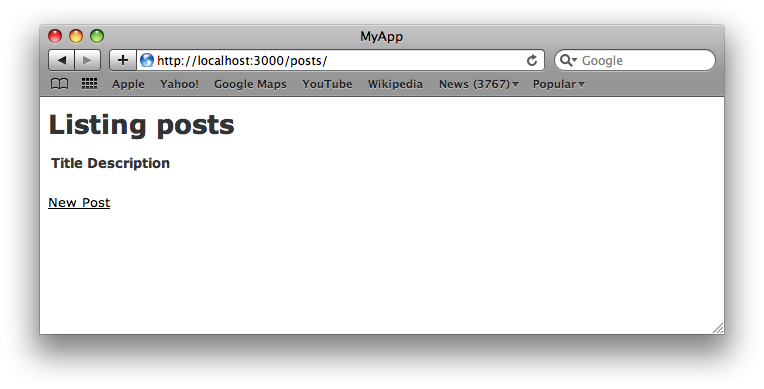 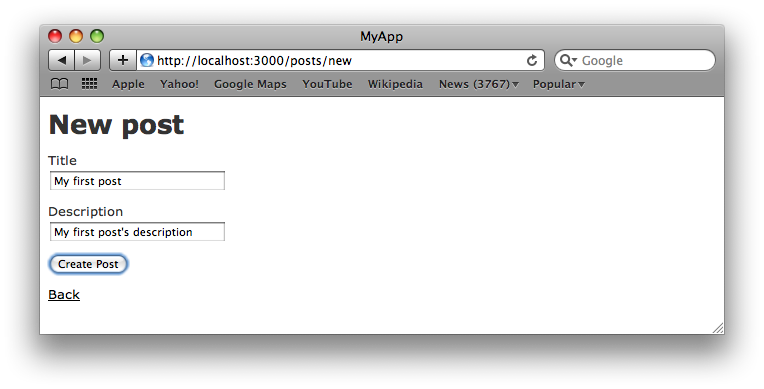 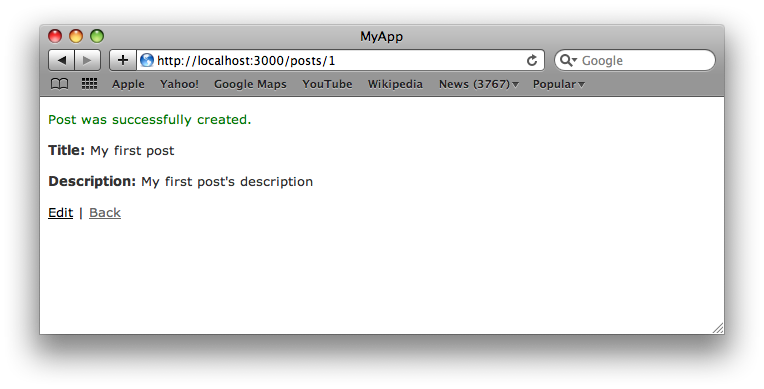 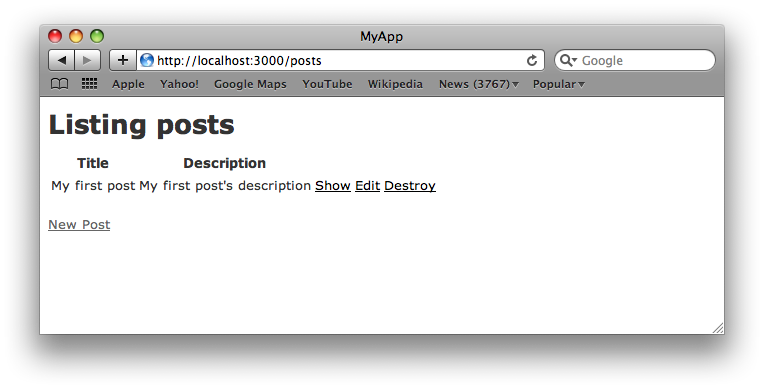 And we didn’t have to write a single line of code.

I already had MySQL installed on my system (the 64 bit version).

Nothing surprising here. There are two gems, mysql2 and mysql. Not sure if both gems are needed, but mysql2 is definitely needed.

The following line will install the gem mysql2:

And this will install the gem mysql (but I’m not sure if it’s really needed):

Setting up a rails app with MySQL is almost the same with SQLite. The command that creates the app skeleton is altered in order to specify the different database:

Don’t forget to edit database.yml to supply the correct username and password for MySQL.

One other problem that I had with MySQL is that strings are generated as VARCHARs of non unicode collation, which turns Greek characters into question marks when playing with the application. I didn’t experience this problem with SQLite. Perhaps this is something that I can configure on MySQL so that every table is by default using the unicode collation.

That’s it! I hope this helps somebody.

Thank you for reading this post. If you liked it, spread the word or see how you can support this blog!
Tags: mac ruby ruby on rails
This site uses third party cookies from Google Analytics and Google AdSense Accept and close popup