Using Kafka on your local development machine adds another level of complexity. You need to manage two extra services, Apache ZooKeeper and Apache Kafka. In a previous post, I mentioned the possibility of creating a Windows service wrapper for Kafka, so that managing is a bit easier. In this post, we’ll have a look at Docker and how we can use it to solve the same problem in a different way. I am new to Docker, so this is a very basic post, more like an introduction to Docker.

Docker is a technology similar to virtual machines, but more efficient. You can have a Docker container that runs a service (e.g. a database, a web server, Kafka, whatever). The service is completely isolated from the host, just like with virtual machines. However, you don’t pay the overhead of a full blown guest OS running the service. Docker removes the need for the guest OS, while keeping the containers isolated. The other strength of Docker is the community. There are many images that already have what you want (e.g. a plain Ubuntu image, or a Tomcat image, etc). It’s also easy to create new images.

A small note about Windows 10 Home, which is what my laptop is running. Microsoft’s Hyper-V virtualization technology is not available on Windows 10 Home. This is what Docker relies on on Windows. The workaround is to install VirtualBox and Docker Toolbox. Since my laptop runs Windows 10 Home, this is what I’ll be using in this post. It doesn’t change anything regarding the commands we have to run.

We start Docker with the Docker Quickstart Terminal. Eventually you are greeted with a bash shell: 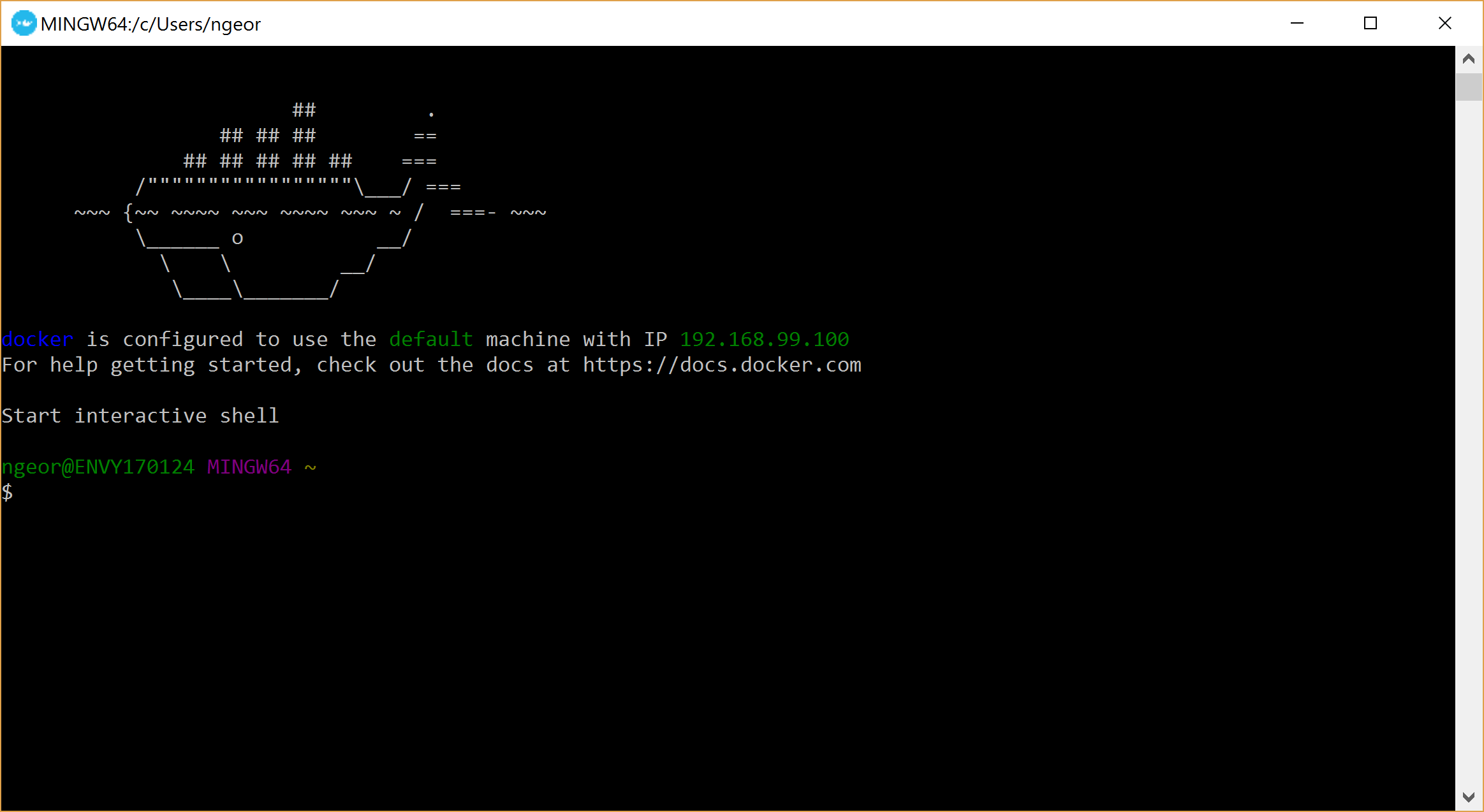 Two interesting things in the message below the ASCII whale:

Actually, we’re ready to start Kafka. Turns out there are already Docker images for Kafka available in Docker Store. I am going to use the spotify image because it seems to be rather basic (also because I recognize the spotify name…). Following the instructions, this is how we start Kafka:

or broken down for readability:

That’s it actually. Docker will realize it doesn’t have the spotify/kafka image locally, so it will first download it:

and once that’s done, it will start Kafka:

That’s all there is to it. You can verify that everything is working as expected with the test kafka-console-producer and kafka-console-consumer tools. Or you can use a UI tool like Kafka Tool to attempt to connect to Kafka. 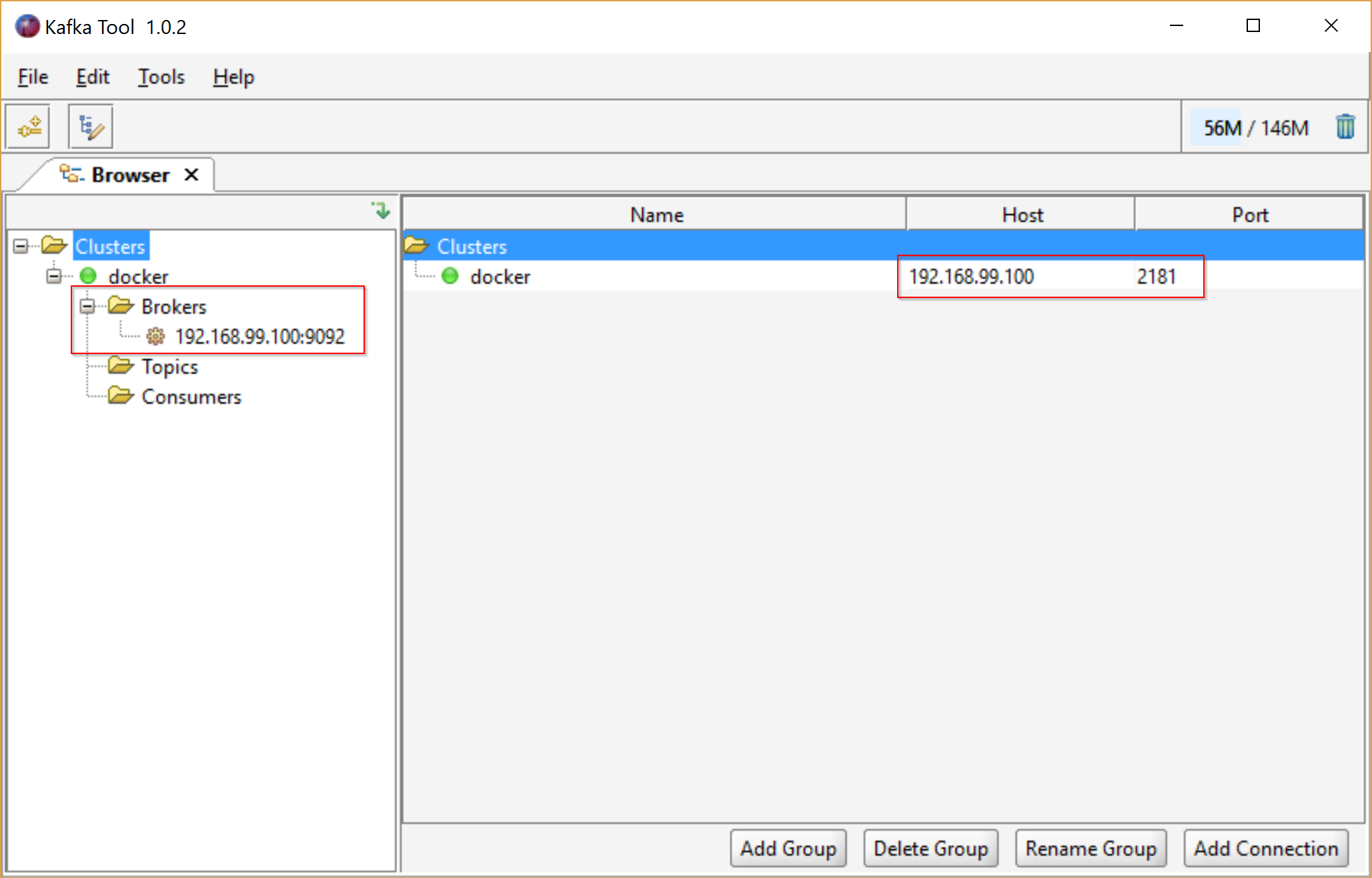 You can also use this tool to create a topic and send/receive messages: 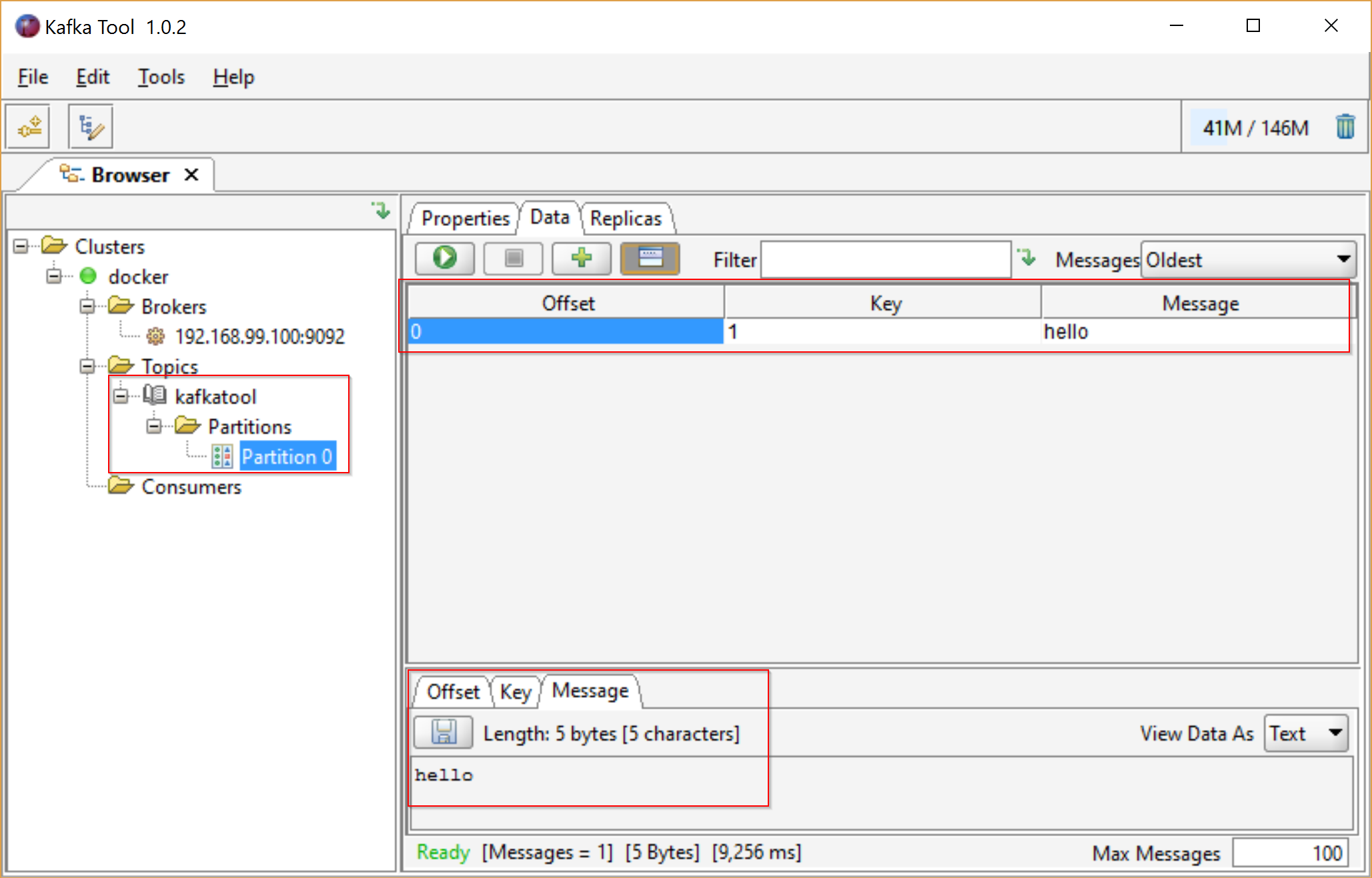 This proves that our Kafka installation works fine.

Since this is Windows 10 Home and we’re using Docker Toolbox, we still have a virtual machine running somewhere behind the scenes. If we also want to terminate that, we run the command docker-machine stop. The virtual machine will start again automatically when we start Docker Quickstart Terminal.

And it is also possible to use Docker directly on production, but that’s a whole other discussion.

Tags: docker kafka Kafka Tool
Thank you for reading this post. If you liked it, spread the word or see how you can support this blog!
« Linting with Checkstyle Debugging Docker with IntelliJ IDEA »
This site uses third party cookies from Google Analytics and Google AdSense Accept and close popup