I saw this in a colleague’s laptop the other day. He had his bash prompt configured to show a black arrow when things are okay and a red arrow when the last command failed. I fiddled around with my bash prompt to achieve something similar.

This is for Mac by the way, but hopefully that shouldn’t be too important. Originally, I had setup my .bash_profile to use the git prompt:

To display colors (another thing I was missing), I had to change the PS1 line into PROMPT_COMMAND:

As __git_ps1 is just a function that sets PS1, I added my own function in .bash_profile:

To use it, I modified PROMPT_COMMAND into: 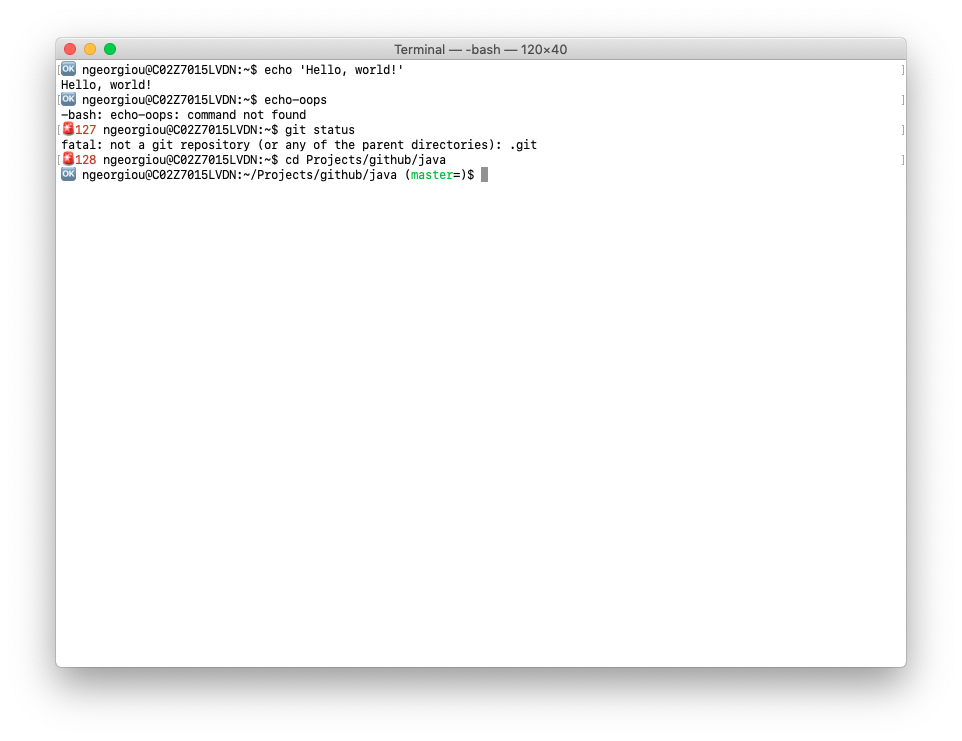 Thank you for reading this post. If you liked it, spread the word or see how you can support this blog!
Tags: bash emoji
This site uses third party cookies from Google Analytics and Google AdSense Accept and close popup