When you want to view the assembly version of a .NET assembly in Windows, you just right click the DLL and view its properties. Or, you just hover the mouse over the file and the version number will be shown in the tooltip. In Linux, things aren’t as easy.

Since this is something I do very rarely, I never remember the command I have to run. Googling brings me to the correct stackoverflow answer which indicates I have to run this command:

And indeed this does the trick. But I won’t remember it next time. So this time, I created a nautilus script to be able to right click on the file. The script looks like this: 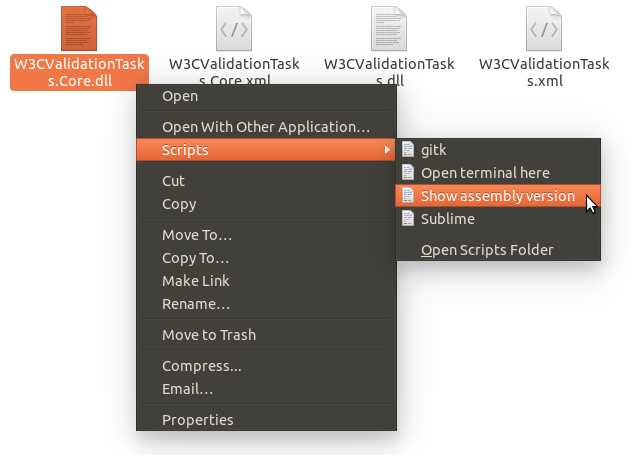 The assembly version will be displayed on a popup dialog. Note that the zenity command is responsible for creating the dialog, so it needs to be present in the system. 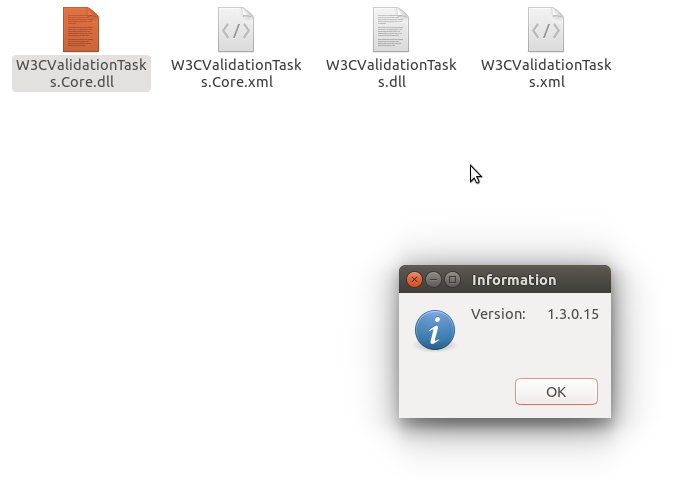 I am using Ubuntu 14.04 but the same should be possible on any desktop running nautilus as a file manager. Hope this helps.

Thank you for reading this post. If you liked it, spread the word or see how you can support this blog!
Tags: .NET ubuntu mono
This site uses third party cookies from Google Analytics and Google AdSense Accept and close popup